What’s Top on US Policy Makers List? Dropping the Patriotic “hold-music” at their Offices for Smooth Jazz Really?!

What’s Top on US Policy Makers List? Dropping the Patriotic “hold-music” at their Offices for Smooth Jazz Really?! 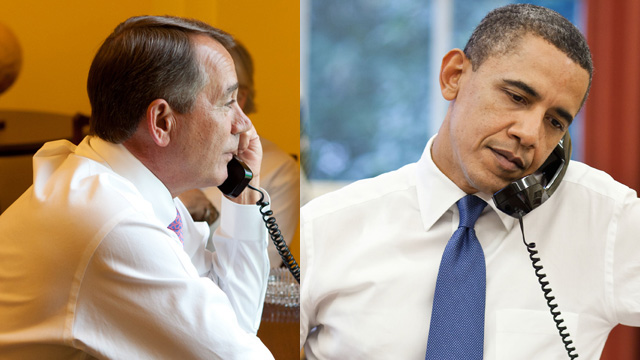 So long John Philip Sousa, and  Hello Kenny G.  That was the short-lived message House leadership sent to lawmakers recently, as the “on-hold” music that so many constituents hear when they call their congressman was switched from patriotic tunes to smooth jazz standards — or, as one lawmaker complained, “elevator music.”

The switch was quickly reversed, though, following complaints and controversy. After a three-week trial period constituents will once again hear patriotic favorites while on hold.

“The music was changed during recess as a pilot program in an attempt to offer offices a choice of hold music,” said a spokesman. “But based on the feedback we received, the old music was preferred and we reactivated it today.”

Some of that feedback came from Rep. Fred Upton  (R-Mich.), who wrote a blistering letter. “We should proudly embrace our nation’s patriotic songs, not callously shun them for elevator music,” Upton fumed.

Believe me, I was not at all happy with how this matter was handled,” he wrote, complaining that lawmakers were not told in advance that the patriotic songs would be replaced by smooth jazz. During the “pilot program,” congressional offices could either choose “elevator music” or no music at all, even though they had used patriotic music for years.

“Certainly we would prefer not to put those who contact our offices on hold; however with the high volume of calls we receive it is sometimes necessary,” he added. “Callers routinely express their delight in listening to a few notes of Americana while briefly waiting for their call to go through.”

As Reported by FOX News

Why Bad Caller Experiences Cost You More Than You Think!

Music On hold: Are You Frustrating Callers, or Keeping Them Happy?

How to Make a “Feel-good” On Hold Message Experience

The Importance of Great On Hold Music

Music Branding In Your Marketing, There’s More Than Meets the Ear!

Want to Gain New Clients? Ask for Referrals In Your Message On Hold!