Message On Hold Marketing Lessons From The NFL Pre-Season!

Message On Hold Marketing Lessons From The NFL Pre-Season! 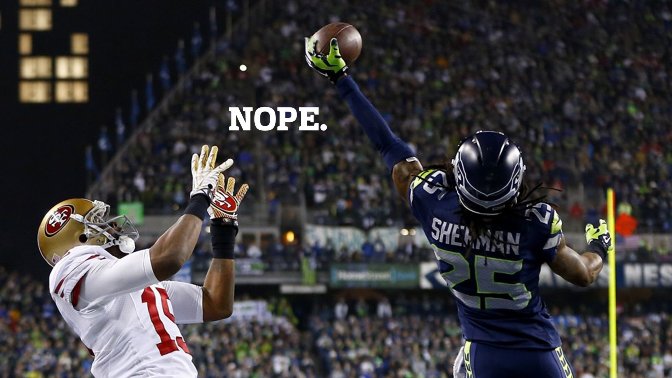 Are you ready for some football? I know I am. As I anxiously await the season kick-off, like many other football fans I’ve been watching this year’s NFL preseason. And in doing so, I realized that there’s many similarities between successful NFL Teams and successful on hold marketing strategies. I know you think it’s crazy, but the similarities are closer than you might think!

Coaches (your on hold message) are thinking long-term, designing plays (your on hold marketing strategy) to get their team through the season and win the Super Bowl (increase revenues!). They design the best plays (the message on hold content) to ensure their players are always in the best possible position to win the game. When done right, your on-hold marketing should work the same way.

Drawing Up The Plays

In football it’s referred to as X’s and O’s. The average NFL playbook has between 100-150 plays for every conceivable situation that team may be up against. Your message on script content is very similar indeed. It needs to contain engaging and compelling information to cover almost every situation (caller) you may face whether new or repeat, to effectively communicate your sales, promotions, customer service, public relations and rewarding brand experience.

The say defense wins championships! A common thread amongst most championship NFL teams is having a good “defense” to stop the opposing team from scoring. Successful on hold marketing is like having a championship defense, giving you the best of both worlds – it defends against caller abandonment (caller hang-ups) by keeping waiting callers on the line and tackles the competition’s chances of luring away your customers by providing relevant information they’re looking for.

Just like the defense prevents the other team from scoring, and the offense scores touchdowns. In business scoring a touchdown equates to increasing your sales and market share. NFL teams conduct all type of analysis on low-risk, high percentage plays allowing them to try and score early and often.

Folks, the stats and analysis are in as to why on-hold marketing makes for a great offense, that can score often…

– 20-30% Of Callers Make A Purchase of Suggested Offerings In An On Hold Sales Message.

– 15-18% Increase In Requests For Additional Products/Services Mentioned On Hold.

Most plays are called while all players are in a huddle; the quarterback ‘audibles’ if he doesn’t like the original play call based on what formation he sees by the defense. The quarterback also ‘audibles’ when he sees an opportunity that could be exploited!

In terms of on hold messaging, updating content is very much like calling an audible. If you ran the same exact play over and over, your opponent (in this case your listening audience) would already knows what’s coming – they’ve seen it a million times.

If you don’t periodically update your music on hold message programming, it’s easy for you callers to defend against it by simply tuning out, after all they already know what’s coming. Instead, keep your callers on their toes by changing the play, keeping content fresh, new and different – exploiting every potential sales opportunity.

In football the two-minute drill is a high-pressure and fast-paced situational strategy where a team will focus on clock management, maximizing the number of plays available for a scoring attempt before a half (or game) expires. Play calling during the two-minute drill emphasizes high probabilities of significant yardage gains or clock stoppages.

While you might not be trying to win a game, it’s likely you want to increase revenues, drive traffic to your store, sell excess inventory, increase event attendance or get more people to schedule appointments, and you only have mere seconds in order to do so! Studies show that callers will hang-up in less than 40 seconds, of which 35% of them will never call you back. Having an effective on hold message program is like running an proficient 2 minute drill.

Albeit a little tongue and cheek, it seemed more than obvious to include this in my post. A holding  penalty in football,  costs the team a loss in yards.  In business, getting a penalty for holding cost you more than just yards – it costs you potential revenues. Why do you need penalty free in your on-hold game?

Get To The SuperBowl

Message On Hold Marketing is a lot like a championship sporting event – you still have competitors and need to find the right formula that gives you an edge over your opponent. The Original On Hold can help you create a championship caliber on hold message marketing strategy sand help sack the competition. Once this right mix is in place, you have what you need to bring home the trophy and more.

Is Your On Hold Message Anti-Social?

How You Can Influence Your Customers To Buy (And, Buy More!)

Your On Hold Message Service Provider – Champ or Chump?

101 Excuses Not to Use Music On hold and Messaging!

Make Every Cent Count With On Hold Messages

It’s A Shame Why So Many Businesses Get Telephone Customer Service Wrong!

Why On hold Messages are the Obvious Choice for Your Brand!