Is Your Music On hold Message a One Hit Wonder?

Is Your Music On hold Message a One Hit Wonder? 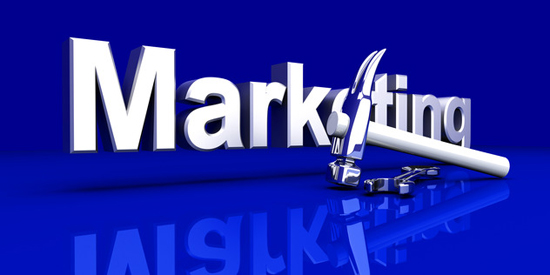 Can you name any of the singles MC Hammer put out after “U Can’t Touch this”?

How about anything from the Baha Men that wasn’t “Who Let the Dogs Out”?

Did Right Said Fred release anything after “I’m too Sexy”?

The term “one hit wonder” is used to refer to musical acts who’ve had  just about fifteen minutes of fame in the musical world.  I’m from the MTV generation (the 80’s)  and trust me, during that time period, music had a plethora of one-hit wonders.  Today while driving to the office I was surfing the channels of my XM radio, and I happened to hear one of those one-hit wonders.  The song was apparently stuck in my head, because I must have been humming it while making my way through the office.  This got a few laughs, but also started an in-depth conversation with my colleagues.

What causes one hit wonder status? Well, one may think a lack of epically awesome music, but really for some reason they were unable to continually engage their audiences and keep them interested (much like on hold marketing or marketing of any kind for that matter).

I mean, look at the Spice Girls, they had quite the following and I wouldn’t say their music was up to par with say a Led Zepplin. As my colleagues and I reminisced about these one hit wonders, and being the marketing nerds that we are, the one thing it kept bringing us back to was, well — marketing!

Here are our top 3 ways to ensure your on hold message beats the one hit wonder curse:

1) Don’t put all of your eggs in one basket.

The one thing these one-hit wonders have in common (other than 15 minutes of fame), is that they couldn’t reproduce the same result after that one hit. Just like you can’t put everything you got into one song, you can’t do that with your  music and message on hold. You have to make sure that you are thinking proactively about producing new, creative content and compelling messages to keep them wanting more, and coming back time and time again.

2) Pay attention to your copy.

Something that many one hit wonders didn’t do, was write songs that actually resonated with their following. Let’s look at a 90’s one hit wonder. Take Chumbawamba’s “TubThumping”, first–the title doesn’t exactly draw you in, and second–it seems as if the majority of the song’s lyrics were comprised of “I get knocked down and I get up again”? Not that interesting and certainly not interesting enough to listen to anything else from Chumbawamba, as history so clearly tells us.  Your on hold messaging script copy is one of the most important aspects of an on hold advertising campaign. A great rule of thumb is to keep individual messages to a couple of sentences, which include key benefits and make sure you have a clear call to action and keep it strong.

3) Keep your audience coming back.

Heed the warnings from so many infamous one-hit wonders,  and make sure that you are leveraging your on hold marketing efforts to ensure that you are maintaining a constant drum beat of awesomeness.  Don’t just arrive on the scene, score a quick huge hit, only to then land with a colossal thud.

Oh, and by the way, I guess I should set the record straight. MC Hammer also had minor success with “too legit to quit!”

Why Use On Hold Messages If Customers Already Know Everything You Do?

Are You Concerned About How Much Abandoned Calls Cost Your Business?

Setting the Standard As a Better On Hold Messaging Service Provider

Are You Suffering from UID (Update Inspiration Deficiency)? Here’s A Few Message On hold Script Tips to Start 2014!

Branded On Hold Messages Help To Remind Customers About Everything Your Business Can Offer, So They Don’t Have A Chance To Forget About You!