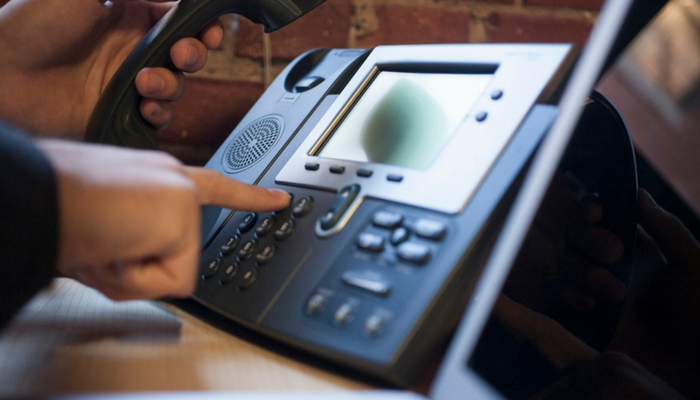 There’s a steady buzz about switching from your old-fashioned PBX/KSU Telephone System to today’s feature rich VOIP phone systems, but there seems to an itsy-bitsy blind spot that most consumers and even VOIP providers forget about — On Hold Music!

On hold music is an important element to increasing caller retention and decreasing caller hang up rates. In addition, custom on hold music also sets the tone of the brand image of your company,  can be used to promote your products and services and inform callers of a variety of important details about your business.

While Internet-based phone systems offer many features, the music on hold service typically falls short. We’ve compiled a list below of some important FAQ’s about adding On Hold Music to VOIP systems.

What’s the difference between a hosted PBX and an On-Premise VOIP/IP-PBX System?

Hosted PBX or hosted VoIP, otherwise known as an Internet phone system is one where the provider is responsible for housing the IP-PBX as well as handling the technology required to provide the services to the phone system. The desk sets will plug into a router and the calls, signaling, and features are handled through an IP-PBX server at the provider’s location. Some of the more popular hosted/cloud PBX providers include: Comcast, Vonage, Ring Central, Fonality, Shore Tel and 8 x8.

On-premise PBX is also known as an IP-PBX phone system. It is similar to a traditional PBX system that resides at a location, such as a computer equipment room or phone closet.The main difference is that IP routing is done with more current technology. The signaling is done with an IP phone to the IP-PBX server using a LAN.  Some of the more popular providers include: 3CX, Allworx, Avaya, Broadsoft, Cisco, Estech, Evolve and Phonix.

How do you play custom hold music on Voip?

Before the introduction of VOIP, adding customized hold music to your PBX/KSU Phone system was pretty standard. An external music on hold media player would get connected to the MOH input on the phone system box, and you were off to the races. Pretty simple!

However, when it comes to adding custom on hold music to your VOIP system, it’s not always that straight forward. When using a hosted/cloud system, there’s no equipment on-site, thus you have to send your provider audio files which in turn are they uploaded by the provider for your hold music (we dive into this a little further below).

In the case where businesses opt for an IP-PBX or on-site system, often times these server-based systems such as the X-Blue system come standard with a music on hold input in which you can connect an external music source (eg. on hold media player).

What audio format is required?

When you opt for a hosted/cloud based system, most consumers are under the impression that they can simply upload an mp3 file for their hold music and viola – they’re done! But, hold the phones (pardon the pun) – it’s just not that simple.

Only a very, very small percentage of VOIP systems can accept an mp3 audio file. In fact, the vast majority of  these hosted VOIP systems require audio files to be in specific compatible formats such as: ulaw, mlaw, ccitt, Vox, PCM, G711μ.

Unless you’re an audio engineer most of this probably seems like it’s all Greek to you. And, don’t expect your VOIP provider to help. Remember they’re in the telecom business, not the music on hold business.

What are some of the VOIP phone limitations when it comes to on-hold music?

While there are several challenges when it comes to voip and music on hold, we’ve created a list of the top 4 concerns expressed by clients who have made the jump to VOIP.

1.Most Hosted/Cloud PBX systems play the on-hold message from the beginning each time the call is placed on hold.

2. Because of the hold music starting at the beginning each and every time, if you have a 4-minute music on hold message created, the only folks who will hear minutes 2, 3 and 4 are those you leave on hold for that length of time. And, you’re a reader of this blog, then you already know hold times over 1 minute are dangerous to the business.

3.Your on hold music service provider cannot load your messages for you. Instead, you have to send your VOIP provider the files. In some cases the end-user can “upload” the audio files through a web  interface. But, you have to take the time to learn how to do it.

Original On Hold is one of the “original” music and message on hold providers in the United States dating back nearly 30 years.  Since VOIP technology first emerged in 1995, we have literally worked with hundreds, if not not thousands of different VOIP systems. We are well experienced in what is required, or what some of your limitations may be, and it also means we can help anyone with the proper audio file formats for their VOIP hosted phone systems.

Say No To Silence With Custom Music On Hold & Messages

How To Setup Custom Music On Hold for Your VOIP System

Are You Using On Hold Messages to Communicate Time Sensitive Offers

On Hold Caller Scenarios That Are Bad For Business

All On Hold Companies Sound Alike – Not!

The Recipe for On Hold Message Success

Message On hold – The Best Multi-Task Marketing for Your Business

Message On hold Providers an Apples to Apples Comparison